Streaming movies available now from hoopla. Play them directly in your browser, or download them to your favorite device using the hoopla app. All you need is your library card. 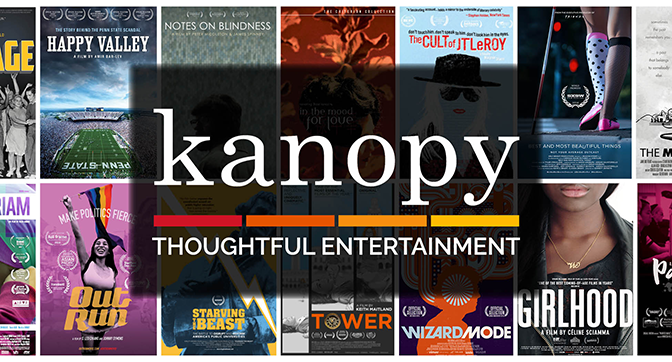 Quest
An Intimate Portrait of an African-American Family
2017
This New York Times Critics' Pick, filmed with verite intimacy for nearly a decade, is a moving portrait of the Rainey family living in North Philadelphia. Beginning at the dawn of the Obama presidency, Christopher "Quest" Rainey, and his wife, Christine'a "Ma Quest" raise a family while nurturing a community of hip hop artists in their home music studio. It's a safe space where all are welcome, but this creative sanctuary can't always shield them from the strife that grips their neighborhood.

Epic in scope, QUEST, is a vivid illumination of race and class in America, and a testament to love, healing and hope. Official Selection at the Sundance Film Festival and Hot Docs Canadian International Documentary Festival.

"An intimate and patient portrait of a North Philadelphia family [...] I've rarely seen a movie about citizenship as quietly eloquent as QUEST." - The New York Times

"QUEST may be one of the most important films about the American experience ever filmed." - POV Magazine

DeSoto Public Library cardholders can stream the entire Kanopy collection anywhere, any time, on smartphones, tablets, PCs and smart TVs using iOS, Android, and Roku apps. Just go to Kanopy at desoto.kanopystreaming.com to create a login, and then enter a valid library card number to get started. Kanopy subscribers can view up to 6 films a month, and once a film is started, it will be available for three days. Note: Great Courses content is unlimited and does not count against the 6 films per month limit.