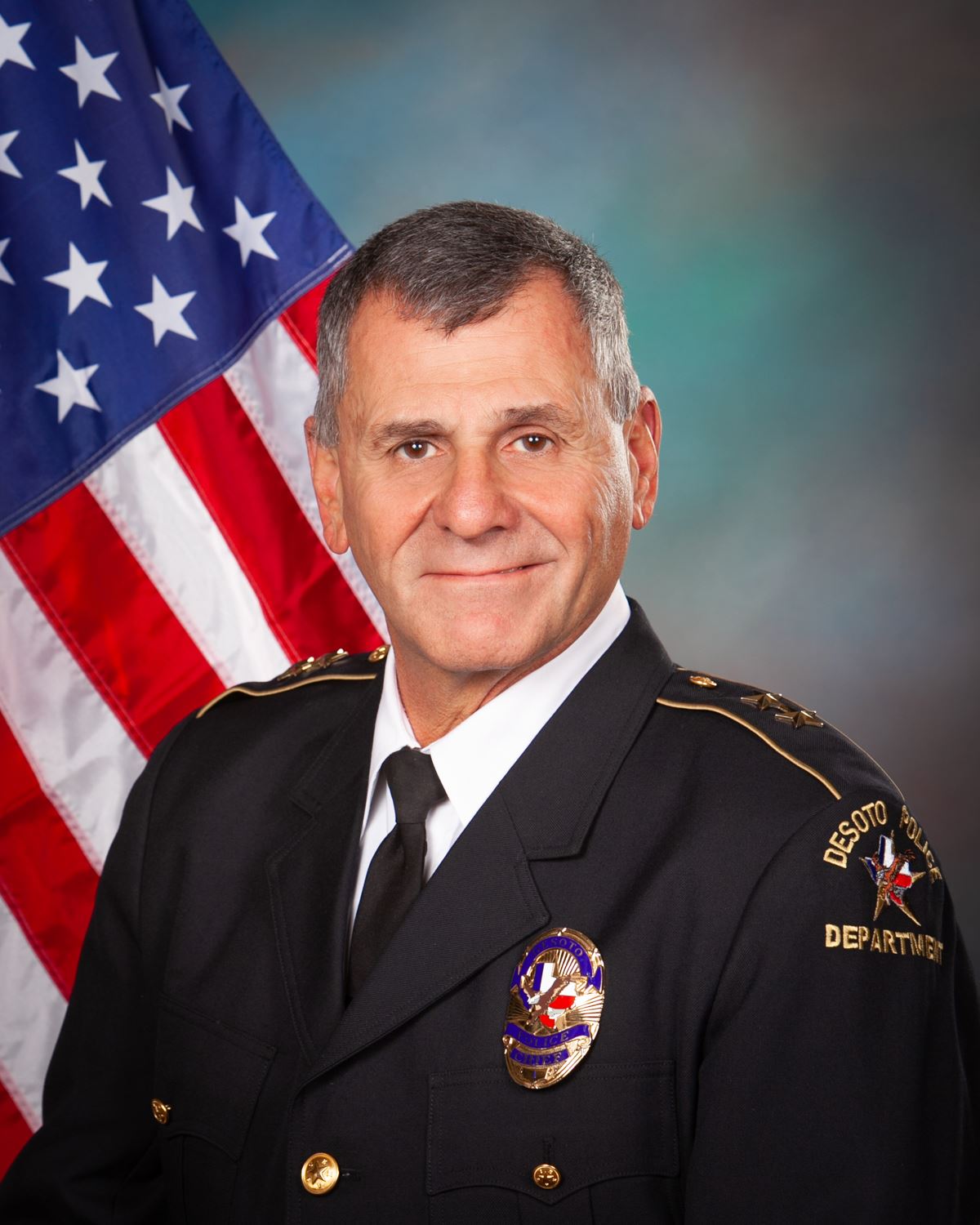 DeSoto's Chief of Police, Joseph Costa, has extensive law enforcement experience in multiple regions and diverse areas of expertise. Chief Joe came to DeSoto in 2012 from the Dallas County Sheriff's Department where he worked since 2005.  Before he moved to Texas, Costa had a distinguished career with the Massachusetts State Police where he retired after 25 years of service. Chief Costa has served as a patrol officer, worked in radar enforcement, homicide investigations, narcotics, Internal Affairs, and served on the Massachusetts Governor's Auto Theft Task Force, the DEA Task Force, and with the Bristol County District Attorney's Office.

After moving to Texas, Costa also served as a Sergeant/Investigator with the Texas Lottery Commission and as an Investigator with the Dallas County District Attorney's Office. Chief Costa holds a Master's Degree in Criminal Justice/Education from Boston University, as well as a Master Proficiency Certificate from the Texas Commission on Law Enforcement (TCLOE). He is a graduate of the DEA Drug Unit Commanders Academy and the FBI National Academy.