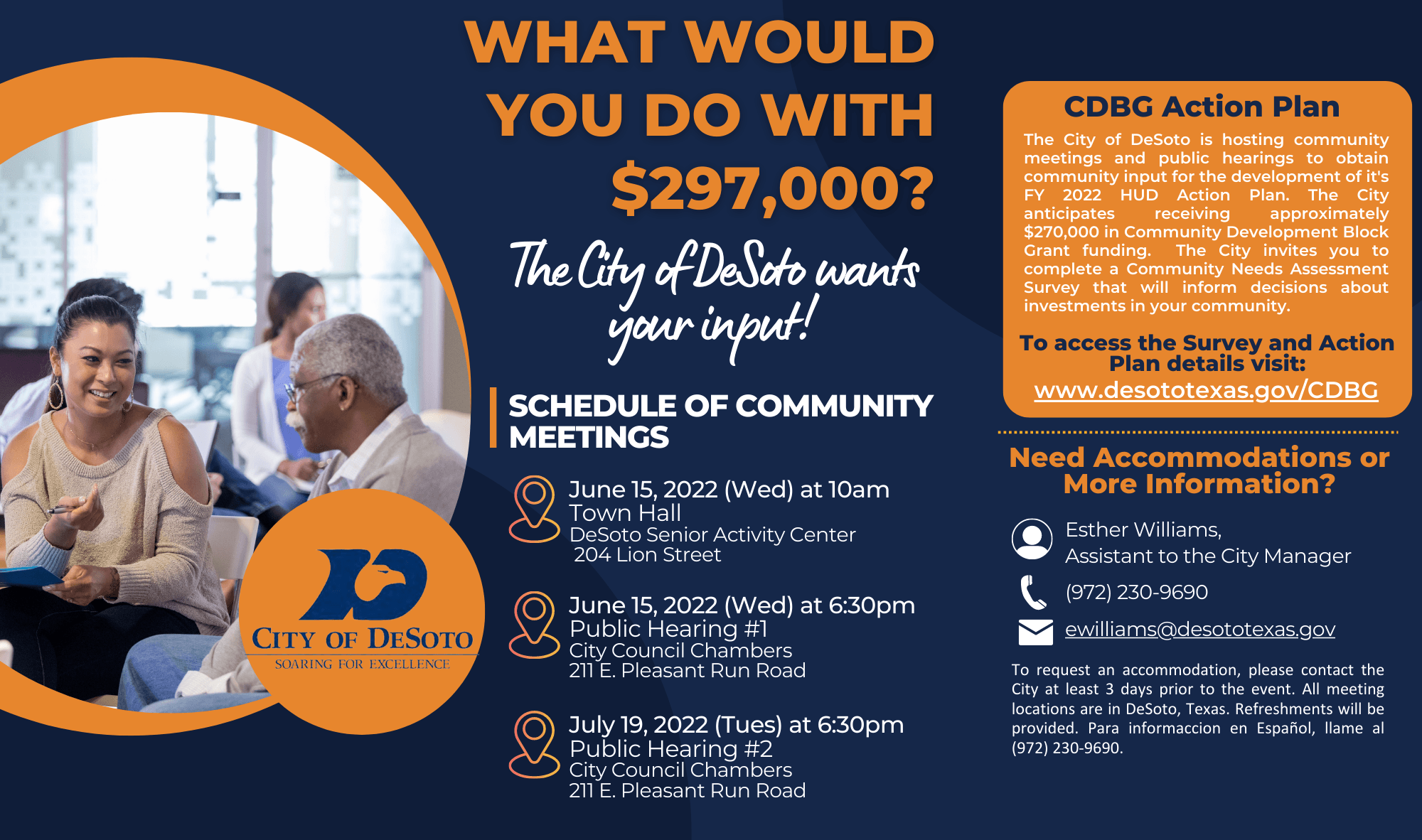 yOUR INPUT IS HIGHLY VALUED!

In 1974 the U. S. Department of Housing and Urban Development (HUD) created the Community Development Block Grant Program (CDBG) to enhance the quality of life and living conditions for low- to moderate-income households and neighborhoods. Use of this annual grant is approved by the City Council, and all CDBG projects are ultimately subject to HUD approval.

The following are parameters for the CDBG Program:

Fiscal year 2008-2009 was the first year City of DeSoto began participating in the CDBG Program.  At that time, funds were distributed by Dallas County and were utilized for infrastructure and Code Enforcement projects within low- to moderate-income neighborhoods, as determined by the U. S. Census.


In fiscal year 2015-2016, the City of DeSoto began operating as an Entitlement City, which changed the process for applying for and administering CDBG grant funding.